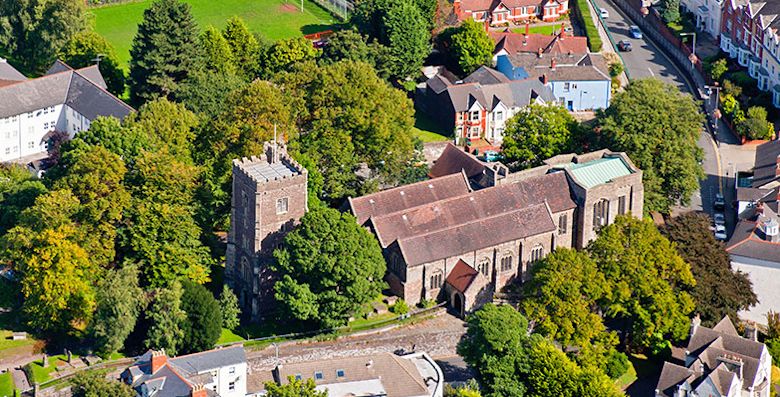 Newport Cathedral (correctly known as St Woolos, King & Confessor) was built over a period of many centuries. ‘Woolos’ is a corruption of the name Gwynllyw, a 5th century Welsh king who gave up his life of fighting and built a “cell” for quiet meditation and the worship of God. According to the legend, he was told in a dream to look for a white ox with a black spot on its forehead and, when he found it, to build a church as an act of penitence. A wooden church was built above his grave and this was replaced by a stone building when it was burned in Saxon times. A nave was added during the Norman period, the arched entrance and nave were built 1140-1160 and the chancel was extended during the 1960s. Basically, therefore, it is a 12th century Norman church enclosed within a later mediaeval building which was restored during the Victorian period with a 20th century extension. It was given cathedral status in 1949.

Directions: Take junction 27 off the M4 and follow the signs for Newport/Town Centre. At the next roundabout, take 2nd exit. Continue along this road, through two sets of traffic lights, passing St Woolos Hospital on the right. At the shops, follow the one-way system around the Cathedral. Limited on-street parking is available here.